Bitcoin is information technology, math, economy, philosophy, freedom, greed.
Bitcoin is C++ code.
Bitcoin is an asset with 10 years of history.
Bitcoin is a P2P protocol: distributed, decentralized and anticensorship.

Explaining Bitcoin is always difficult. What is money? How does Internet works? How do banknotes on which we build entire lifes and heritage work?

Bitcoin was born in 2008 from presumed pseudonymous Satoshi Nakamoto who will leave in 2010, leaving a priceless legacy to the net: an asset that in 10 years will register the biggest gain in human history. From 0 to 20000$ in 10 years.

Bitcoin is probably the dream of several distinguished economist like Friedrich Von Hayek, Friedman, Bastiat. Economist who have both common and conflicting ideas, however united under a dream of freedom. There are several kind of freedom: freedom of expression, freedom of worship and financial freedom.

Financial freedom is the freedom to use their own money without limitation in act. Let’s study some of the characteristics that good money must have to offer financial freedom!

Money that would guarantee financial freedom must be censorship resistant. This is a must to offer freedom in using money: electronic money like the one in China ensure that the State (or intermediary private companies) the freedom to censor transactions towards some entities or block acquiring specific products.

To pay for a bottle of wine with cash you need only 3 parties: the buyer, the seller and banknotes (plus the wine obviously).

Using a digital model instead an entire software and hardware infrastructure is needed:

Every single element of this infrastructure can be more or less easily censored!

Bitcoin is often defined as decentralized cash since some of its characteristic makes it more similar to cash than a centralized digital money (CDBC, Central Bank Digital Currency).

The most important? Bitcoin is the most censorship resistant digital money that man has ever used. During the last 10 years Bitcoin has been tested several times on censorship.

Since the beginning wikileaks receive phisical and legal attacks through, for instance, the block of its bank accounts, paypal accounts and any other means used by the association to get financial support. 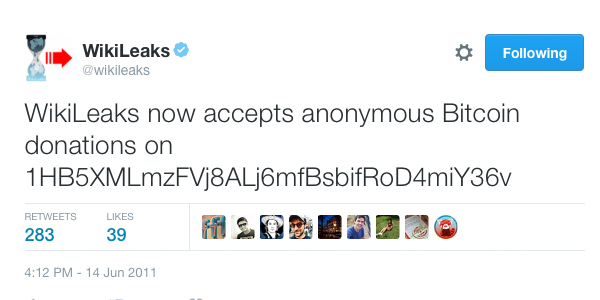 This act of violence led the group to open a Bitcoin wallet, making it its principal source of funds and receiving thousands of Bitcoin from its supporter. Nobody could have prevented Wikileaks to receive Bitcoin and nothing could have blocked the users to donate to Wikileaks. Wikileaks has not spared its irony against the censor State that has led to an instant gain for its foundation funds and that led to a full cover of its expenses! 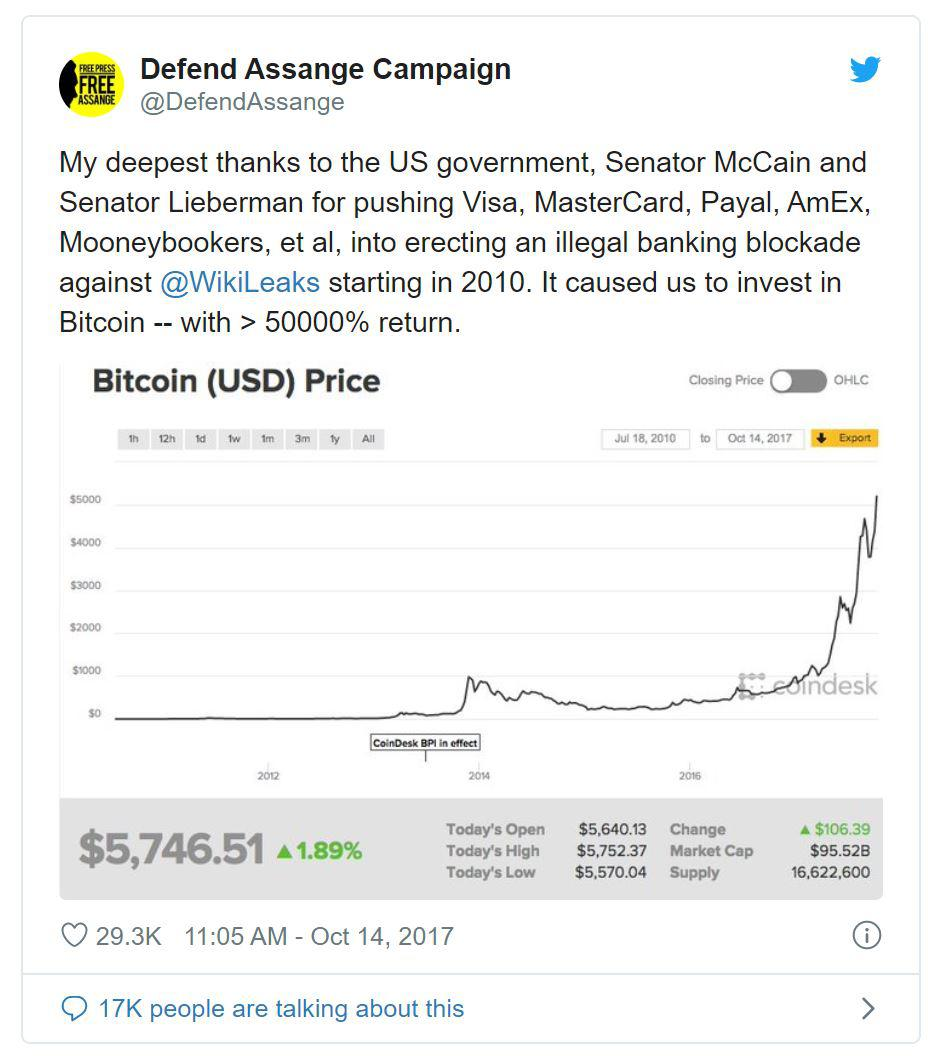 Edward Snowden is a well known whistleblower, famous to have revealed to the world the globl surveillance program of United States. After getting refugee status in Russia, Snowden used Bitcoin to rent a server and other online services for his communication with journalists after the block of his credit cards and bank accounts by the government.

“Bitcoin is free money […] you are able to exchange and interact permissionless. And when I think about privacy, that’s what it’s all about. What does liberty mean? It’s freedom from permission, it means we live our lives in a way that we can experiment, we can engage, we can try things, we can even fail, and we don’t have to get a permission slip from the principal’s office.”

A coin or asset that guarantee financial freedom cannot be linked to a national state (Dollar), a supra-national/private entity (Euro) or to a private company (99.999% of altcoins, Libra, TON). Why?

Because money linked to an entity is extremely weak since sooner or later it will be attacked by an enemy o even by itself for instance by inflating itself and destroying savings.

Some recent examples? Iran has removed 4 zeroes from its old currency since inflation rised due to Donald Trump sanctions and embargo.

Bitcoin is not linked to anyone, this makes it impartial and above any villain affairs.

We are talking about denationalization of money, Von Hakey theory.

Bitcoin is an protocol used online since more than 10 years and has an uptime of 99.9851338166%, which means that in 10 years the Bitcoin network was down for only 15 hours, 6 hours in 2010 and 8 in 2013. There was no loss of bitcoin due to vulnerabilities in the code in 10 years of history and Bitcoin has resisted to thousands of attacks, the majority of which probably without anyone even noticing.

Reliability of this protocol derives from many factors.

Bitcoin is above all a completely Open Source software, in each of its components: nodes, wallet, miners. Bitcoin is one of the Open Source projects more studied and verified in the world by companies, developers and mathematicians.

Bitcoin however is not a gold bar, it’s not static. Bitcoin is an ever evolving protocol, with a comunity of developers working on Core (the basic component of its kernel protocol) that is now working on the introduction of Schnorr digital signatures.

Software development on Bitcoin use a very rational and pragmatic attitude.

Every change must be studied carefully, discussed, revisioned and tested for months and years before being admitted in Bitcoin official code. Why? Simply because it is usually better to wait a few months for a new functionality, rather than risking Bitcoin credibility for a bug that could led to loss of billions of dollars!

Bitcoin is a private money in the sense that it is not minted by any national State, however it is a very public money from a comunitarian point of view, since it is not legar tender, adopted voluntarely and with rules not editable by anyone (as shown during forks by Bitcoin Cash, Bitcoin Satoshi Vision)!

This article wanted to be a small introduction to this revolution.

Looking forward to next article,
Simone!